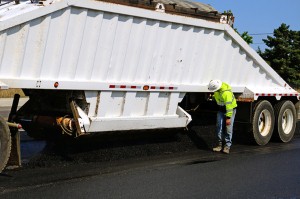 On September 20, 2012, the Bureau of Labor Statistics (BLS) released the latest National Census of Fatal Occupational Injuries, which shows that the number of fatal work injuries in 2011 dropped slightly compared with 2010.

According to the data, last year, 4,609 workers died after suffering a work-related injury. This is compared with the final count of 4,690 reported in 2010. Secretary of Labor Hilda L. Solis released a statement through the U.S. Department of Labor, saying that although the drop in fatalities is a good start, there is still ample room for improvement.

"Today's report shows a decline in the number of workplace fatalities. It's a step in the right direction, but more needs to be done. We will continue to collaborate with employers, workers, labor leaders, and safety and health professionals to ensure that every American who clocks in for a shift can make it home safe and sound at the end of the day," she said in a statement.

The data shows that of the 4609 fatal injuries in 2011, 3272 were caused by transportation incidents, contact with objects and equipment, and slips, trips, and falls.The Occupational Safety and Health Administration (OSHA) has developed several standards that have helped lower the amount of fatal work injuries caused by these hazards, many of which focus on wearing appropriate personal protective equipment, including fall protection, hard hats, work gloves, high-visibility safety vests, and other safety products.