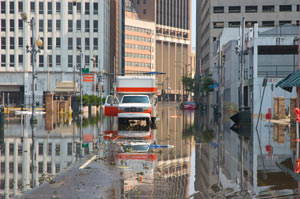 The U.S. Department of Transportation (DOT) will provide another $20 million in quick release emergency relief funds to New York for continued damage repair in the wake of Hurricane Sandy.

Transportation Secretary Ray LaHood made the announcement on November 30, saying that the effort will raise New York's total amount of relief aid to $30 million.

"President Obama has emphasized that we need to do everything possible to help communities following Hurricane Sandy," said Secretary LaHood. "These emergency relief funds represent our continued support for the region until it fully recovers from this natural disaster."

The funds will be provided by the DOT's Federal Highway Administration to perform several tasks, including repairs to roads, bridges, overhead sign structures, traffic signal systems, and tunnels that were affected by the catastrophic storm.