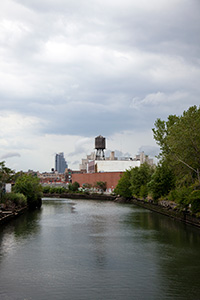 On December 27, 2012, the U.S. Environmental Protection Agency (EPA) announced it had developed a plan to clean up the Gowanus Canal in Brooklyn, where workers will remove contaminated sediment and cap dredged areas.

Included in the proposed plan is an initiative to install controls that will keep raw sewage from overflowing, as well as preventing any other land-based sources from contaminating the cleanup.  The project could cost as much as $504 million.

Public comments can be made regarding the proposal until March 28, 2013. Until then, the EPA will hold two meetings to field questions about the project.

"The proposed cleanup plan for the Gowanus Canal will make essential progress in removing toxic contaminants from this heavily polluted and battered waterway," said Judith A. Enck, EPA Regional Administrator. "Our overall goal is to reduce pollution and protect the health of people who live and work in this community."

According to the Occupational Safety and Health Administration (OSHA), exposure to raw sewage and other contaminants can lead to serious health issues. Protect workers by providing the right safety products, including respiratory protection, work gloves, and protective clothing.