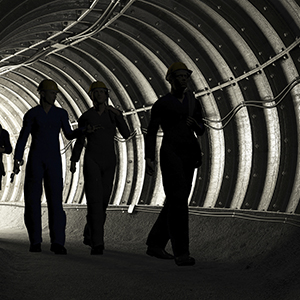 On January 15, 2015, the Mine Safety and Health Administration (MSHA) announced a final rule published in August 2014 is working. The rule took effect in August 2014 and was implemented to reduce respiratory exposure to coal mine dust by underground and surface coal miners.

During the initial phase between August 1 and December 31, 2014, over 23,600 samples were collected and approximately 99% were in compliance with the rule. The rule includes, lowering exposure limits, increased sampling by mine operators, and requiring immediate corrective action when a single sample shows excessive concentrations. It also widens requirements of medical and health screening for miners.

MSHA’s “End Black Lung – Act Now” campaign started in 2009 and respiratory dust levels for miners has dropped every year, with levels in 2014 being the lowest ever recorded.

"These results show that the new dust rule is working, and miners should be breathing cleaner air at coal mines. Despite concerns from some in the mining industry, most of the valid samples collected have met compliance levels. That's good news for the health of all coal miners and our efforts to end black lung disease," said Joseph Main, assistant secretary of labor for mine safety and health.

Use the appropriate respiratory protection to help prevent lung diseases, illness, and injury that can be caused when workers are exposed to particulates, fumes, gases, and vapors.