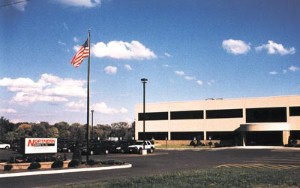 Northern Safety Co., Inc. has been named a recipient of both Eastman Chemical Company’s Supplier Excellence Award and its Innovation Award for 2014.

Eastman Chemical Co., a major producer of chemicals and plastics, assesses its suppliers annually and selects the best to receive recognition as part of its Supplier of Excellence Award program. Northern Safety will receive both its Supplier Excellence Award and its Innovation Award at an awards ceremony later this year.

The Supplier Excellence Award recognizes suppliers who demonstrate consistency and high performance in metrics such as on-time delivery, conformance to specifications and continual improvement efforts. The Innovation Award is presented to suppliers that effectively work to better the company’s product, resulting in improved performance.

Sal Longo, President and CEO of Northern Safety, thanked Eastman Chemical Company for its valued partnership. Longo credited both honors to the hard work of Northern Safety’s employees, who strive to promote health and safety in the workplace.

“To receive these prestigious awards from a valued partner like Eastman Chemical is a great honor,” said Longo. “Northern Safety is dedicated to providing high-quality products and ensuring the health and safety of our customers. We take pride in our work, providing excellent service and continually pushing to innovate and seek out ways to improve solutions for our customers. To be honored for both of those commitments is greatly appreciated.”